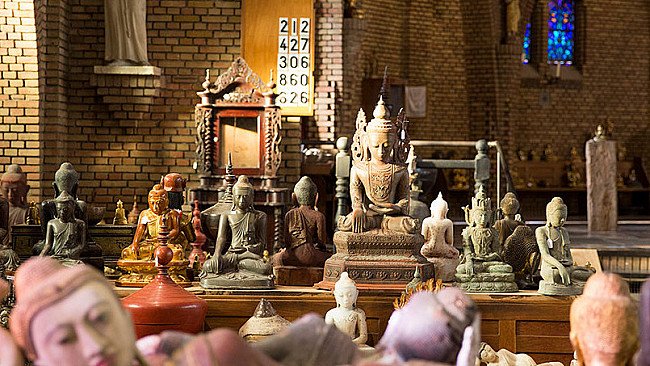 The history and Buddha statues of Myanmar art is very complex, its origins lying with the ancient ethnic groups that inhabited the region in pre-historic times and its development ghrough the ages resulting from the movements and mergins of these groups both amongst themselves and with migrant groups from elsewhere. 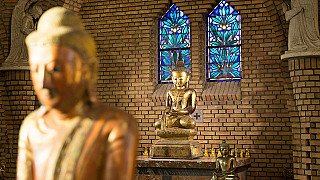 This website differs from other books / websites on Myanmar art history in a number of ways. First we focus only on Buddhist art development and antique Buddha statues, especially artifacts from the Myanmar school of art. Secondly, the main aim is to describe Myanmar’s Buddhist art development in strict relation to the relevant himeline. Furthermore, artifacts are grouped in accordance with the name of the kingdom, the dynasty or the city where their distinctive style was found. Great care also has been taken to try to avoid causing possible confusion the the reader by analyzing the distinctive styles of each period very thoroughly and supporting this with authentic and relavant illustrations. Emplhasis has been put on developments and the changing art styles of each period supported by sufficient historical evidence to be consistent with the statement The Buddha images of each period were influenced by the social and political environment of the time.

Look at our collection of Buddha statues

Buddhist art is a reflection of history and can tell us, indirectly, of events that have occurred through the ages and art in human form, like Buddha images, is its language. A study of these can reveal the origins and development of the different art styles. As stated above, some changes are made here to previously accepted catagorizations of Myanmar art driven by the desire to link each artifact with the period during which it was made, better to highlight the distinct styles of each particular period and the artisans who developed them.

Myanmar art history can be devided into two periods, according to archeolocical evidence provided by Buddhist human-figured sculptures and supported by information available from other forms of art, these are:

Our special collection of Buddha statues from Burma