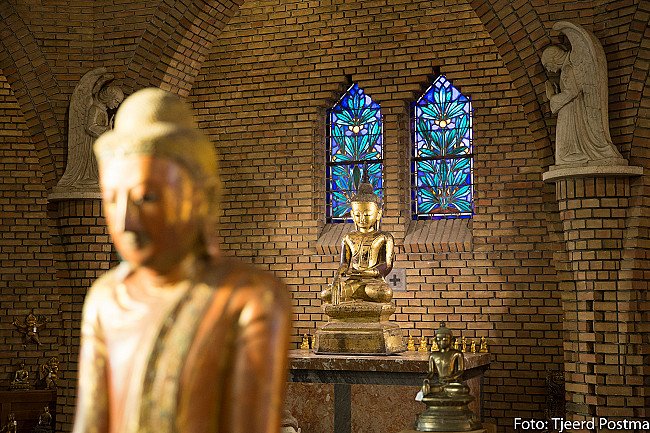 Many more Buddha statues similar to Mandalay Buddha in our catalog

The Buddhist devout in Mandalay Period were quite peculiar and provide different appearance and the techniques they used were quite sophisticated and iconography employed which were quite advanced for their time. The designs for Buddha statues were very thoroughly applied and they especially used the crossed breast chains and the patterns on the monk’s robe and the headdress around the edge of crown Buddha statue. The crossed breast chains were passed from both shoulders of the statue with a bejeweled medallion. Many designs used in Thai Buddhist art were also employed in the Buddhist sculptures in the Burmese Art such as Pracham Yamcarving pattern Thai Chest Armor Pattern, fish scale pattern, Ayutthaya Ban Phlu Luang style pattern etc.

Some new features that were introduced during Mandalay Period are as follows: 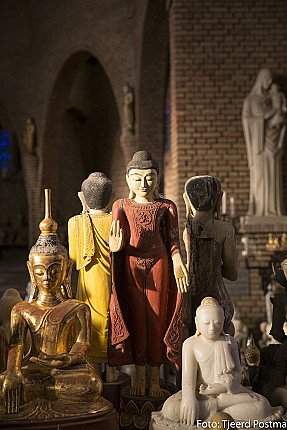 Mandalay Period Buddhist art also covers a variety of Buddha statues based on the materials used. Some of the important materials are bronze marble, paper, jade, or wood. A single Buddha images were also made from different materials like head, hands, as well as feet, would be made up from the marble and other parts would be made from wood as well as bronze and gilded with lacquer. Some stone Buddha statues were also quite popular during the Buddhist period of Mandalay Period.

View our Mandalay period Buddha Statues in our catalog